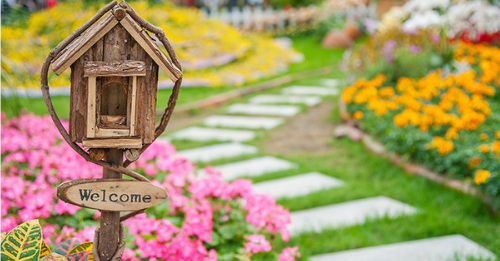 Sales of existing homes remained muted statewide in April with the start of the spring homebuying season, according to the latest housing market report for home sales and prices from the California Association of REALTORS® (C.A.R).

April’s statewide seasonally adjusted sales figure of 396,760 units was down 0.1 percent from the 397,210 level in March and down 4.8 percent from home sales in April 2018 of 416,750. Sales remained below the 400,000 level for the ninth consecutive month and have fallen on a year-over-year basis for a full year. The statewide annualized sales figure represents what would be the total number of homes sold during 2109 if sales maintained the April pace throughout the year. It is adjusted to account for seasonal factors that typically influence home sales.

“Weak buyer demand, largely prompted by elevated home prices, is playing a role in the softening housing market,” said C.A.R. President Jared Martin. “However, with low interest rates, cooling competition and an increase in homes to choose from, buyers can take advantage of a more balanced housing market.”

“While we started off the spring homebuying season on a down note, home sales in the upcoming months may fare better than the top-level numbers suggest,” said C.A.R. Senior Vice President and Chief Economist Leslie Appleton-Young. “The year-over-year sales decrease was the smallest in nine months, and pending home sales increased for the second straight month after declining for more than two years. While we don’t expect a sharp sales rebound, we also don’t expect an acceleration in declines.”

Other key points from the April 2019 resale housing report included:

-- The median home price increased from a year ago in all regions statewide except the San Francisco Bay Area. Of the entire, nine-county Northern California region, only Napa County posted an increase in April of 3.3 percent, while San Mateo, Santa Clara and Sonoma recorded the largest price declines of 9.5 percent, 7.7 percent and 5.8 percent, respectively.

-- Conversely, home prices rose on a year-to-year basis across Southern California, with the exception of Ventura County, which was down 2.3 percent. Price growth remains strongest in the Inland Empire, where homes are most affordable, with prices in both Riverside and San Bernardino counties increasing more than 5 percent.

-- Encouragingly, the growth in active listings from the year prior decelerated for the fourth straight month. The number of homes available for sale increased only 10.8 percent from last April, but still enough to provide a much-needed supply of homes for sale. The growth in active listings has fallen from more than 30 percent at the end of 2018 suggesting that the market is becoming more balanced, rather than experiencing a full-scale exodus of sellers in California.

-- The Unsold Inventory Index (UII), which is a ratio of inventory over sales, dipped on a month-to-month basis but edged up on a year-over-year basis. The Unsold Inventory Index was 3.4 months in April, down from 3.6 months in March but up from 3.2 months in April 2018. The index measures the number of months it would take to sell the supply of homes on the market at the current sales rate. The jump in the UII from a year ago can be attributed to the moderate sales decline and the sharp increase in active listings.

-- Nearly half of San Diego County’s largest working group are considering leaving in the next two years. Forty-four percent of the region’s working millennials said they are considering leaving, with the primary reason being housing costs, said a recent survey from the San Diego Regional Chamber Foundation. In partnership with the City of San Diego, Sempra Energy and others, the researchers interviewed 397 San Diego County working millennials for the report. The purpose of the study was to identify millennial working habits, and how employers could make their experience more satisfying. But, the chamber acknowledged the answers about leaving were among the most dramatic findings. Millennials, roughly ages 23 to 38, make up 39.7 percent of San Diego County’s workforce. It is followed by Generation X, 39 to 54 years old, at 31.6 percent, and baby boomers, 55 to 73 years old, at 22.1 percent.

-- The personal income of residents in the San Diego metropolitan area grew by 2.3 percent, below the national average, from 2016 to 2017, said the Bureau of Economic Analysis. That was below the nationwide increase of 2.6 percent. Real personal income is a catch-all way of looking at how much money Americans earn in a year. Among the largest metro areas with a population of more than 2 million, New York-Newark residents had the biggest increase at 4.3 percent, and Los Angeles-Anaheim had the least at 1.6 percent.

-- San DiegoCounty's unadjusted unemployment rate dropped to an even three percent in April 2019, with both farm and nonfarm industries showing job gains, according to the California Employment Development Department (EDD). The April rate, down from a revised 3.6 percent in March and a tick below the April 2018 rate of 3.1 percent, is at its lowest point since May 2018. The educational and health services industry added 7,600 jobs from April 2018 to last month, the highest year-over-year gain of any industry. Government and manufacturing jobs each increased by more than 3,000 jobs. The trade, transportation and utilities industry showed the largest year-over-year job decrease, losing 2,800 jobs. The information and financial activities industries also lost 500 and 100 jobs, respectively.