JOIN A PSAR COMMITTEE AND DRIVE THE BUS 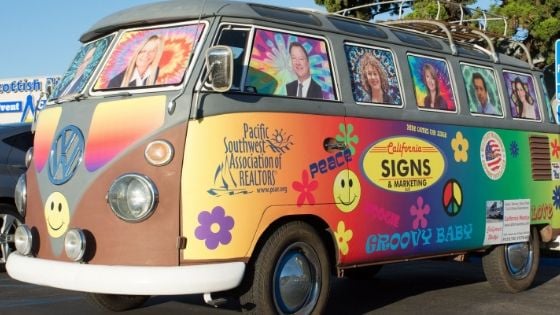 I have never been the kind of person who has been content just sitting on the sidelines. Instead, I prefer to get involved. That’s why I decided to participate in a leadership role at PSAR as a board member. And, since this year’s PSAR theme is “Salute to Service,” I want to encourage all of you to also decide to personally participate at a greater level at PSAR.

A higher level of involvement in PSAR has personally meant a ton of benefits for me. PSAR has given me an opportunity to continue my personal and professional growth and career maturity. In the past, I’ve been in several other leadership roles outside of real estate, including as President of Toastmasters Club, PTA and others. But, PSAR has brought me to a whole new higher level.

Involvement in PSAR has meant that I’ve had to “up my game.” I have been pushed to set higher goals for myself. I have learned to be a better listener and make the most out of every situation. I have learned to understand what it means to broaden and expand my horizons, maximize opportunities and stay ahead of the curve.

For example, forming and leading the PSAR Tech Committee as chair has been a great experience. I’ve been able to solidify my public speaking skills as a result of delivering the “Tech Moment” at Rally and Ride pitch sessions. And, it’s been personally gratifying to share what I’ve learned with our members there and at our monthly "Tech Lunch and Learn" workshops.

Also, it’s been a great experience to represent PSAR as a member of several California Association of REALTORS® committees, including Business Tech, MLS, Zipforms and Standard Forms.

Overall, getting involved at PSAR at a greater level has given me the opportunity to "drive the industry bus", so to speak, rather than just being one of the passengers. You, too, can “drive the bus.” I’m inviting you today to get behind the wheel and buckle-up your seat belt. As a driver, you can make a difference about the speed and direction of the bus as you bring along other PSAR members and help set a destination for success.

Every morning, I need to remind myself that since I’m driving the bus I will do everything I can to make things happen. That’s because attitude, not aptitude, determines altitude. I choose to be optimistic even when it appears the deck is stacked against me. Everybody has the choice in life to be a passenger or a driver. The passengers go along for the ride, leaving decisions and responsibility to somebody else. A passenger does not take personal responsibility for the events in their life. But, to be successful and live a fulfilling life, you need to be the driver.

C’mon, get serious with me: Are you a hammer or a nail? Which one would you rather be? Some people complain about bad luck, but others make their luck.  If it is to be, then it must be up to me. To succeed, you have to try.  Don’t be afraid of failure because the most successful people have failed, but they stuck with it.

Every successful entrepreneur has always faced challenging odds, but then they have succeeded in spite of them all. Every successful REALTOR® has usually had countless people tell them they were delusional and should give up and “get a real job.” I’ve always felt, as far as my destiny is concerned, that every set-back, when the door has been slammed in my face, has been nothing more than just another bump in the road that is bringing me closer to a “yes.” And, as long as you love what you're doing, you're half-way to your long-term goals.

So, I’m urging you to join me and decide to get more involved at PSAR. Just do something more than you’re doing now. Join a committee or volunteer for an event. Get involved and you will gain new skills that will help you further your goals and pursuits. You will get better at learning more about yourself and how to better succeed. Be that bus driver who takes more control of life and pursues new dreams and goals through the attainment of new skills. The time is now, step up and become a driver.