WHICH DIRECTION ARE PRICES INCHING IN SAN DIEGO 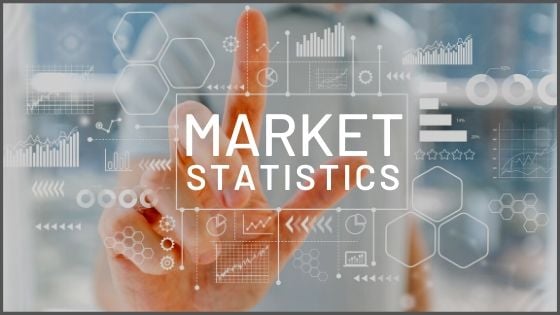 San Diego County’s housing market saw an optimistic increase in home sale prices and number of sales in October 2019, according to a recent report from California Association of REALTORS® (C.A.R.).

After 15 straight months of year-over-year increases, active listings statewide fell for the fourth straight month as of October 2019, dropping 18.0 percent from a year ago. The decline was the largest since May 2013.

“The California housing market continued to see gradual improvement in recent months, as the current mortgage environment remains favorable to those who want to buy a home,” said 2020 C.A.R. President Jeanne Radsick, a second-generation REALTOR® from Bakersfield, Calif. “With interest rates remaining historically low for the foreseeable future, motivated buyers finding that homes are slightly more affordable, may seize the opportunity and resume their home search. Additionally, the condominium loan policies that went into effect mid-October could help buyers for whom single-family homes are out of reach.”, she stated.

“The latest surge in home prices is the consequence of an ongoing mismatch between supply and demand,” said C.A.R. Senior Vice President and Chief Economist Leslie Appleton-Young. “While low interest rates will reduce borrowing costs for buyers and temporarily alleviate affordability concerns at the micro level, without an increase in housing supply, including new housing construction for sale or rent, fundamental issues remain at the macro level, which will worsen the affordability crisis down the road.”, she explained.

Even with near record low mortgage rates, consumers still see challenges in the current housing market conditions. According to a monthly Google poll conducted by C.A.R. in November, less than one-fourth of respondents (24 percent) believe that it is a good time to buy now. This figure is lower than last year (27 percent), when interest rates were more than 100 basis points higher. Less than half (47 percent) believe it is a good time to sell, down from 51 percent a year ago.

Other key points from the October 2019 resale housing report included:

-- At the regional level, non-seasonally adjusted sales rose on an annual basis in all major regions. Central Valley increased the most at 7.1 percent, followed by Southern California (7.0 percent), Central Coast (3.9 percent) and the Bay Area (1.4 percent).

-- The Unsold Inventory Index (UII), which is a ratio of inventory over sales, was 3.0 months in October 2019, down from 3.6 in both September 2019 and October 2018. It was the lowest level since June 2018. The index measures the number of months it would take to sell the supply of homes on the market at the current sales rate.

-- The statewide sales-price-to-list-price ratio was 98.5 percent in October 2019, unchanged from September 2019 and up from 98.1 percent in October 2018. The ratio was 98.7 percent in August 2019 and 99.0 percent in July 2019. Sales-to-list-price ratio is an indicator that reflects the negotiation power of home buyers and home sellers under current market conditions. The ratio is calculated by dividing the final sales price of a property by its last list price and is expressed as a percentage. A sales-to-list ratio with 100 percent or above suggests that the property sold for more than the list price, and a ratio below 100 percent indicates that the price sold below the asking (list) price.

-- Realtor.com also recently reported that it expects that the U.S. housing market will continue to slow in 2020 as inventory reaches historic lows and economic uncertainty prompts consumers to pull back on their spending. In San Diego, single-family home sales are expected to drop 3.2 percent in 2020, while prices remain nearly unchanged. Realtor.com also said prices will drop in more than 25 of the 100 largest U.S. metros, including San Francisco, Las Vegas and Miami. Kansas City homes will experience the biggest drop at 4.0 percent.

-- The UCLA Anderson School forecast for 2020 says that California’s economic growth will slow next year, but it is likely to outshine that of the nation overall as Golden State employers boost payrolls. National economic growth is slowing, but not as quickly as previously anticipated, leading to a slightly more positive outlook for California.

-- CBRE Group, in its 2020 Real Estate Market Outlook Report, says the U.S. economy will continue its lengthy expansion in 2020, supporting multiple asset classes. CBRE said while growth will be tempered due to next year’s election, weakness in manufacturing and an uncertain trade picture, the fundamentals of the commercial real estate market remain solid.

-- Fifty-five percent of homebuyers make some type of financial sacrifice in order to purchase their house, according to the Zillow Group’s 2019 Consumer Housing Trends report. San Diego is one of six metropolitan areas where the mortgage on a median-valued home costs more than 30 percent of the median household income.

-- The November national jobs report was exceptional. The Bureau of Labor Statistics said 266,000 jobs were created and the unemployment rate dipped again. It rests at a solid 3.5 percent, a 50-year low. The jobs creation total beat expectations. Analysts had forecast roughly 180,000 new jobs for the month.