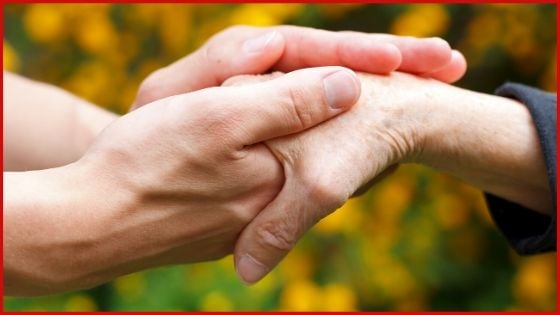 During this holiday season, it’s encouraging to hear an inspirational story about the kindness and goodness of a PSAR REALTOR®. Especially when the PSAR member considered his selfless act of sacrifice to be “no big deal.” Following is one such story.  REALTOR®s

Our story begins with a 911 call from a condo on Fourth Avenue in Chula Vista. It was 9 a.m. this past week. Police and an ambulance had responded. A 63-year-old woman (name withheld upon request) had passed away from natural causes following several years of failing health. The woman’s longtime companion, a 70-year-old man named Steve, was distraught and in deep grief.

Also responding to the 911 call was Scott Vinson Sr., a long-time broker in the South Bay and volunteer with the Chula Vista Citizens Adversity Support Team (CAST).

CAST volunteers are dedicated to assisting emotionally traumatized people during emergency situations. They are trained to assist the victims of trauma who may need emotional support, counseling, advocacy and referrals to community resources. They are respectful, calm, support without judgment and are great listeners to people who may be experiencing the absolute worst day of their lives.

According to Scott, “The police had major concerns about the elderly gentleman’s state of mind and his ability to cope with the death of his girlfriend. The man did mention any next of kin to either himself or the deceased. All were concerned about his personal safety. The first to respond were discussing the possibility of a psychiatric evaluation."

“Grief is something that can result in a range of emotions. Some people will stuff it, push it down, pretend it’s not there, act like it doesn’t exist. It’s even tougher to cope without the support of nearby family members.”

After nearly two hours, the elderly man finally looked at Scott and said he only had one friend who could be contacted. It was a fellow broker and PSAR member. His name was Andrew Schmidt.

“I was impressed that of all the people in the world, this man’s closest friend was a REALTOR®,” said Scott. “Sometimes, REALTORS® get a bad rap or a bad reputation. But, we can make a huge impact on people’s lives when we do our jobs right. This event made me even prouder to be a REALTOR®.”

Andrew arrived on the scene and hugged the grieving Steve. “Andrew then agreed to take over, remain with the guy and help stabilize him,” said Scott.

“It was really no big deal what I did,” said Andrew, who has been a PSAR member since 2007. The native of Oregon City, Oregon, has lived in San Diego since 2004.

According to Andrew, “I first met Steve back in 2007. He was sitting outside my office on National City Boulevard in National City. He had just moved here from Florida and didn’t know anybody in town and he didn’t have a home. Over the years, I’ve helped him with four different deals, including a home purchase and three condos.

“More importantly, we’ve become close friends. I call him every couple of days. We talk about life. He doesn’t have any family members anywhere. I’m the closest person he knows.

But, to me, that's a description of a REALTOR®. The best REALTORS® become friends with their clients. I know that PSAR members can relate to what I’m saying. We all have a handful of clients whom we really care about. And, we are willing to go the extra mile to help people.

I feel so blessed to be in real estate. And, I want to make sure that I’m paying it back. If somebody needs help, I’m there. But, REALTORS® do that on a regular basis. We will set-aside everything and go help someone in need. I don’t want to be a stingy zero sort-of guy.

Happiness comes from serving and giving in life. A happy heart comes from generosity and shifting the focus away from yourself. A person who thinks only about him or herself is pretty miserable. So, if you truly want to be happy in life change your focus, be unselfish, pay attention to others and care about the needs of those around you. You have to be focused on the needs of others or you will miss opportunities.”

Andrew is helping Steve with the arrangements of a memorial service for the deceased woman. Also, Andrew is planning to hire a house-cleaner for Steve’s home.

“Helping others is what being a REALTOR® is all about,” said Andrew. “REALTORS® can have a lot of influence by helping others. We can speak up for those in need of help . We can be a raincoat during the storms of life. No matter which of our friends or family members are going through a storm, we can all help each other because no one has it all together. People who are committed to one another will protect each other in tough times.

“We’re not on earth just to live for ourselves. We’re here to make the world a better place. We’re here to spread love and peace and care for one another, help one another and support one another. Nothing is insignificant when we’re serving each other.”