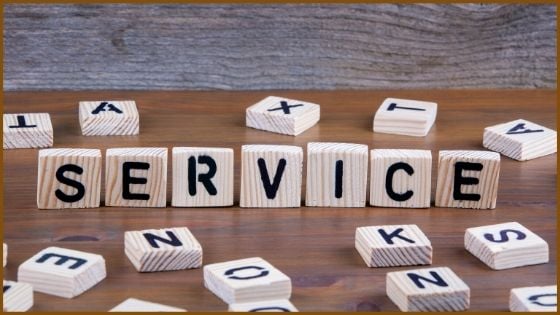 These PSAR members have maintained their NAR membership for 40 consecutive years or more. They were recognized earlier this month at Rally & Ride meetings and received a certificate and an Emeritus lapel pin as symbols of their status. Each lapel pin features four rubies reflecting 40 years of dedicated service.

The Emeritus designation means payment of NAR dues will be waived for the reminder of their membership and they will be exempt from the Code of Ethics Training requirement. 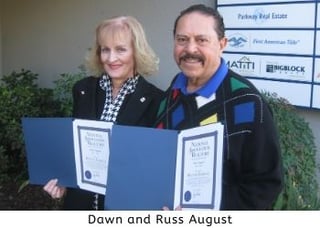 Dawn and Russ August have lived in Alpine since 1975, after relocating from Michigan. “Right after the wedding, we quit our jobs, loaded-up our stuff and drove cross-country to San Diego,” said Dawn. “We ended-up in Chula Vista looking for rentals. We asked about living in the country and somebody said to visit Alpine. We have never left.”

Joe Garzinelli has nearly 50 years of experience in the real estate industry. He is the owner of Keller Williams Realty 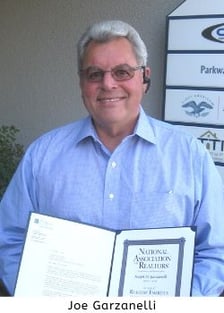 San Diego East Foothills in El Cajon, the largest residential real estate office in San Diego’s East County region. He opened his Keller Williams office in March 2011. Previously, he managed and owned several other real estate offices, including those that grew to be ranked among the top-producing brokerages in the nation.The Augusts earned their real estate sales licenses in 1977 and opened their own office in August 1979. They were affiliated with Coldwell Banker from 1990 to 2016 before returning to operate an independent office called Alpine Premier Properties.

Joe is active in the community, providing support to several nonprofits and engaging in charitable volunteer work. He was honored as the 2017 El Cajon Citizen of the Year.

Jacqueline McWay, who goes by Jackie, earned her real estate sales license on Dec. 22, 1975. She had previously worked as a legal secretary for 11 years. “I loved not being confined to an office all day. That’s why I liked real estate so much,” she said. “I started back when we used Thomas Brothers maps and we would follow the sign company installer in our cars to find out the latest new listings because the hot sheet came out only once a week.” 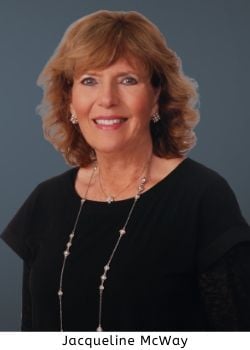 Ellie Mello has lived in San Diego since 1975. In 1976, she started her real estate career with a Forest E. Olson office. In 1996, she started her open company called Compass Real Estate and Property Management in Chula Vista. She recently completed serving as the 2018-2019 President of the Veterans of Foreign Wars Auxiliary (VFW) for the State of California. The state has 162 VFW auxiliaries in 16 separate districts with a membership of more than 21,000.Jackie remains active in real estate sales, often with longtime clients.

“I have worked with the same families on multiple deals and sold the same property two or three times. I still do my business the old-fashioned way, I meet with clients at their residences,” she said.

How has she survived more than 40 years in such a competitive business? Ellie replied,

Lydia Painter, who was born in Shanghai, China, has been selling real estate for 45 years. After graduating from the University of Colorado, she worked as a teacher for a brief time before starting her real estate career.“You take one day at a time, never give up trying and thank God for your blessings. I surround myself with positive people, like the great staff at PSAR who are always willing to lend a hand. I hope I display that helpful willingness when I’m around newcomers.”

“I have sold homes all over California, and even in Washington state and Hawaii,” she said. “I liked the flexible hours so I could stay home when the kids were young and still make my own appointments. I enjoy it very much and I enjoy my clients very much. I plan to work as long as I’m able. I enjoy real estate so much that I call it my second religion.” She is still active in the profession, although she has been recently dealing with various health issues.

Marilyn Schweer grew up in La Mesa and stated selling real estate in 1978. “It has been a great career for me,” she said. “I have met so many fabulous agents and worked with so many wonderful clients. It has been so awesome to be my clients’ REALTOR®.”

Marilyn was one of the planners of a fashion show organized by the East County Association of REALTORS® that was held for 10 years throughout the 1980s and 1990s. For the past few years, Marilyn and husband George Serochi have enjoyed spending more time at their condo in Maui. “We’ve been taking advantage of one of the many benefits of working in real estate,” she said.

In January, longtime PSAR member Isabel Hall is scheduled to receive her Emeritus lapel pin and certificate. Isabel started her real estate career in 1974, the same year she joined PSAR.  In 1987, Isabel joined McMillin Realty, where she served for 15 years as their General Manager.

REALTOR® Emeritus qualifications are changing. In the future, forty years of NAR membership will no longer be enough to qualify members for Emeritus status. Beginning in 2020, the service qualification will change so that at least one year of service at the national level only will be required, in addition to the 40-year membership. Service at the state or local level will not be considered. Service at the national level will include acting as an officer, director, committee member, federal political coordinator, president’s liaison or regional coordinator to a country with which NAR has a reciprocal agreement.