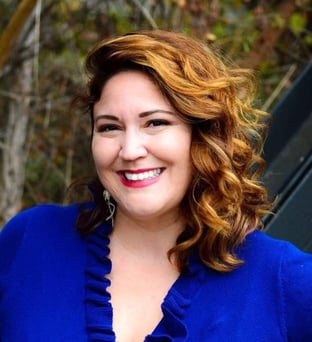 Meet Laurie MacDonald, who was recently elected to serve as your 2024 PSAR President.

“Serving as President-elect in support of our 2023 President Jason Lopez, I’m looking forward to growing our association, serving our members, and continuing the good fight for property rights and homeownership,” said Laurie. “I’m a big believer in giving back, no matter how busy you are.

Laurie is a fourth-generation San Diegan. “My great-great grandparents arrived in San Diego from Halifax, Nova Scotia, sometime in the 1890s and my great-grandmother was born here in 1909.”

Real estate is part of her family history. “My great-grandmother, the same one born in 1909, bought a house in the Normal Heights area by herself in 1939. She was a widow at the time, but a female buying a home without the assistance of a man was rare in those days,” said Laurie. “Later, my grandparents owned and operated a real estate office, called Kelly and Associates, for many years on Parkway Drive in La Mesa.”

During and after high school for 12 years she sold and designed swimming pools, hardscapes, and landscapes mostly in the new homes developments of San Diego.

“I’m a helper at heart,” said Laurie. “I’ve been involved in my community and my kids’ schools. I live by a philosophy of giving back and serving my community.”

Laurie’s career in real estate began in September 2015. She served for several years on PSAR’s Government Affairs Committee and chaired PSAR’s YPN (Young Professional Network) group for two years. She has served on PSAR’s board of directors from 2020 to 2021.

“I wouldn’t be where I am today in real estate without my involvement in PSAR,” said Laurie. “Becoming an active volunteer with PSAR has propelled my career and helped me better serve my clients.”

Throughout her upcoming term as president, Laurie says she will continue to encourage PSAR members to get more involved with their association. “The best place to be in-the-know is at the table where decisions are made,” said Laurie. That’s because the more you know, the better you can serve your clients. Thanks to PSAR, the connections and relationships you make with other realtors and real estate professionals are simply invaluable.”

Since 1928, the Pacific Southwest Association of REALTORS® has played a significant role in shaping the history, growth & development of the Real Estate industry in San Diego County.