MEET RAFAEL PEREZ, PSAR BOARD MEMBER, A TITLE IS NOT REQUIRED TO LEAD 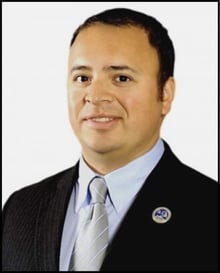 Meet Rafael Perez, a resident of Sherman Heights, who was recently elected to a two-year term (2021-2022) on the PSAR Board of Directors.

Rafael moved to San Diego in 1999 to attend San Diego State University. On the Monday after graduating from college in 2004, he started working in real estate as a loan officer.

A past recipient of the PSAR 2017 REALTOR® of the Year award, Rafael’s real estate career has included sales, lending and teaching. He has taught the Real Estate Principles course as an Adjunct Faculty member at Cuyamaca College since Fall 2014.

Rafael previously served on the PSAR board in 2016 and 2017 as an appointee to fill a vacancy. This is his first experience as an elected board member.

In April 2013, Rafael became known as the “Rapping Realtor” (Rafael’s full name is Rafael Alberto Perez, aka R.A.P.). He was an overnight Internet sensation with his rap video about the San Diego real estate market that went viral with more than 176,000 views on YouTube to date. 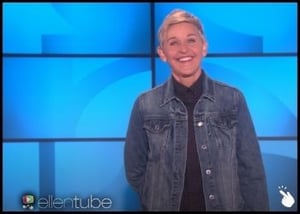 Titled “Welcome to the 619,” the self-produced YouTube video is a hopeful and amusing bid to get people excited about our area. It’s filled with bad lip-syncing, a cool-looking Rafael, zooms of Google images, MLK Jr. quotes and, of course, American flags.

The rules of real estate are no longer the same,
Basic fundamentals is the name of the game.
It's not about buy, hold, and flip for rookies,
It's about building a home or positive cash flow.

Featured on the Ellen show in 2017

The New York Daily News said about Rafael’s video, “Jay-Z can rest easy, he won't be taking your crown anytime soon.” MSN Money’s said “Rapping Real Estate Agents Bust out Good Advice.” The Daily Mail in London said the rapping realtor has made a “cringeworthy music video to encourage people to invest in property again.” AdWeek magazine called Rafael “San Diego’s worst rapper.” Realtor.com said about Rafael, “While some have questioned his rapping skills and whether or not rapping is a good way to attract clients, his passion for real estate is clear.”

“The rap video was a one-time gimmick that got a lot of attention and resulted in some business, but I don’t normally mention it anymore,” said Rafael.

Every so often, Rafael says his rap video catches someone’s attention and draws a few more views. The most recent time was about two years ago when it was featured on the Ellen show in 2017.

“Ellen was selling one of her homes and she did a segment on her TV show about REALTORS®,” said Rafael. “I always remind people that whatever you post on the Internet will live forever. I’m reminded of this myself when the video occasionally resurfaces.”

“I’ve learned that it’s okay to be goofy and funny and not take yourself too seriously as long as you stick to your message and show your expertise. The video went viral because there’s a solid message to it, which is an important part of leadership.”

Over the course of his life, Perez has consistently raised his hand in response to leadership opportunities and community involvement with PSAR, as well as with the real estate industry and the San Diego community.

As a young man, Rafael had an opportunity to visit Washington D.C. It was during the National Council of La Raza (NCLR) advocacy days when he was able to learn about the political process and how to advocate for legislative priorities. This was in 2009, just weeks after President Obama had taken office and the energy in the Capitol was one of hope and excitement, recalled Rafael. It was during this trip that Perez and the group he was traveling with met with recently appointed Secretary of the Interior Ken Salazar. Perez said he was inspired by the possibility of public service during this visit and asked himself “Why not me?”

“Action is what leadership is all about,” Rafael said. “I may not have been elected as a board member in the past, but I have made a conscious decision to step-up, contribute and serve as a leader. You don’t need a title to lead. I recommend to our PSAR members to find something that lines-up with your passions and allows you to give back to our industry. Everybody can do something. Don’t wait to get elected to get involved.”

Rafael serves as a co-facilitator with Jason Lopez at 9 a.m. every Tuesday of “City Pitch,” a property marketing pitch session that Rafael has been co-hosting since it began in March 2017, following the opening of PSAR’s Central San Diego Service Center in San Diego’s Clairemont community. Rafael is best known at City Pitch for his weekly City Update. With the COVID-19 pandemic, the pitch session is currently being held online over the Zoom meeting platform.

Another example of Rafael’s leadership is when he led PSAR’s efforts to obtain a smart-growth grant from the National Association of REALTORS® (NAR), which resulted in PSAR assisting the City of San Diego with its “Companion Unit Handbook”. This is a helpful, 38-page guide to help homeowners better navigate the process of constructing on their own property a companion unit, better known as a granny flat or accessory dwelling unit (ADU).

Rafael said, “From the beginning, we brought a REALTORS’® perspective to the table. We were able to help shape the regulations to benefit homeowners and buyers.” The handbook was published in 2019. City Councilman Scott Sherman said, “PSAR members have direct experience at helping their clients with companion units. So, it made sense to follow their advice.”

Rafael has been a leader working with other NAR grants. He played a key role in securing an NAR grant for a diversity initiative that involved both PSAR and the local chapter of the National Association of Hispanic Real Estate Professionals (NAHREP). Perez is a founding board member of the NAHREP San Diego chapter and served as its President in 2013.

“Historically, we could have done better as an industry,” said Rafael. “We’re looking at coordinated strategies to fight against discrimination and implement effective fair-housing training requirements that will hold real estate agents accountable to their fair housing obligations.”

Rafael said NAR’s efforts come at a much needed time in light of a three-year investigation by Newsday, a New York newspaper, which uncovered widespread evidence of unequal treatment of homebuyers by real estate agents on Long Island, New York. In one of the most concentrated investigations of discrimination by real estate agents in the half century since enactment of America’s landmark fair housing law, Newsday found evidence of widespread separate and unequal treatment of minority potential homebuyers and minority communities on Long Island.

Rafael also is currently serving as an at-large member on the City of San Diego’s Citizens Equal Opportunity Commission (CEOC). He was appointed to the Commission in 2013.

The CEOC monitors and evaluates the Equal Opportunity Program of the City. It advises and makes recommendations to the Mayor, City Council, Civil Service Commission and other agencies of City government. It assists in the recruitment of competent, historically under-represented, women and disabled employees and promotes the City of San Diego as an Equal Opportunity Employer of individuals and firms desiring to contract with the City.

Rafael, is currently representing District 8 on the CEOC. The commission has been a long time advocate of a disparity study. With persistence by the commission, the City recently approved a disparity study to determine whether companies owned by women or minorities are properly represented in the millions of dollars the city spends each year in contracting. The study is long overdue, said Rafael, because San Diego has historically awarded a very small percentage of city contracts to companies owned by women and minorities. “Our contractors should be a reflection of the city they are doing work in” said Rafael. “When the city spends the public’s tax dollars, all companies in the city should have an equal opportunity to earn city business.”

He also has been involved in several other city of San Diego housing programs, including the city’s density bonus program that allows developers to build more market-rate housing than zoning allows if they voluntarily add low-income homes.

Rafael serving as the California Association of REALTORS’® (C.A.R.) key contact to 80th District Assemblywoman Lorena Gonzalez, who was elected in May 2013. Gonzalez, one of the most influential and controversial lawmakers in the California Legislature, is known for her Twitter confrontations and recently taking on Silicon Valley’s gig-economy titans. Gonzalez chairs the Latino Legislative Caucus and is the first Latina to chair the Assembly's powerful Appropriations Committee.

Annually, Lorena sponsors a diaper collection drive. Since the drive started during the 2013 holiday season, tens of thousands of diapers have been collected and donated to needy families, as well as The Jacobs & Cushman San Diego Food Bank. 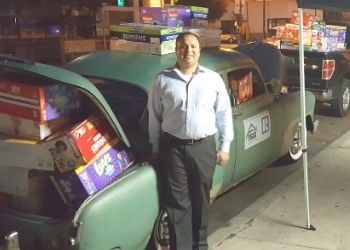 According to Rafael, the diaper drive helps parents in need of assistance by addressing their diaper needs. Diapers are expensive-- a month’s supply for one child can cost between $70 and $80, and diapers cannot be purchased with CalFresh benefits or WIC.

During the past four years, Rafael has loaded his 1951 Chevy with diapers. He estimates the annual diaper collection efforts to be valued in excess of $2,000.

He lost in the primary election by 23 votes of the more than 22,000 votes cast. “I was biting my nails for a month while the votes were being counted. I was actually in the top two for a while on election night. It just goes to show you that every vote actually does count,” he said.

Of all the activities in which Rafael is involved, he said his most rewarding is being married to his wife and being a daddy to their 13-month old daughter. “I’m really enjoying fatherhood,” he said. “I love being a girl dad. It’s a huge blessing. But, it can be exhausting. I had no idea how tired you can get running after a toddler.”

Our Mission is to empower Realtors to flourish while being accountable to each other
our clients and our community.