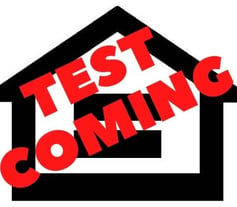 "Testing refers to the use of individuals who – without any bona fide intent to rent or purchase housing, purchase a mortgage or vehicle loan, or patronize a place of public accommodation – pose as prospective renters, borrowers, or patrons for the purpose of gathering information. This information may indicate whether a provider is complying with federal civil rights laws. The primary focus of the Section's Fair Housing Testing Program has been to identify unlawful housing discrimination based on race, national origin, disability, or familial status in violation of the Fair Housing Act. The Section also has responsibilities to enforce Title II of the Civil Rights Act of 1964, the nation's public accommodations law; the Equal Credit Opportunity Act, which prohibits discrimination in credit; and the Servicemembers Civil Relief Act, which provides protections for military members as they enter active duty. The Fair Housing Testing Program also conducts testing under these statutes, as well as under the Americans with Disabilities Act, which is enforced by the Disability Rights Section of the Civil Rights Division."

Agents must also understand that California has additional protected classes including Ancestory, CREED, Gender Identity, Medical Condition, Source of Income/Occupation, and "Other Arbitrary Discrimination."  The definition of a "Protected Class" is all-inclusive in California.  Agents need to be aware of their unconscious biases and be careful to treat everyone equally.

In March of 2021 HUD Published the 2021 civil penalty amounts for fair housing violations. Civil penalties may reach a maximum of $54,157 and respondents who had violated the Act two or more times in the previous 7 years could be fined a maximum of $108,315.

PSAR, NAR, and C.A.R. have been diligent and have provided fair housing resources for Realtors for many years. During the past two years following the Newsday Investigation called "Long Island Divided" the Associations doubled down the efforts.  PSAR has hosted or promoted at least eight opportunities this year for agents to better understand fair housing.  NAR also prepared a "gamified" training to help agents understand the law.  The game is called Fairhaven.  More information may be found here.

Testers may be reaching anonymously to agents and property managers in the field.  The best practice is to understand and obey the law.  PSAR agents are the most professional in California and the Nation. PSAR's staff and volunteer leaders are available to help our members with resources and training. This law is important and there is no room for error.